The Preparations Have Started

Can you believe that tomorrow is the first day of October?! Yeah, neither can we. We sure do love our passive solar home and when the sun shines, it gets HOT in here. But, for other times, we use a woodstove. And a woodstove needs...well, wood. 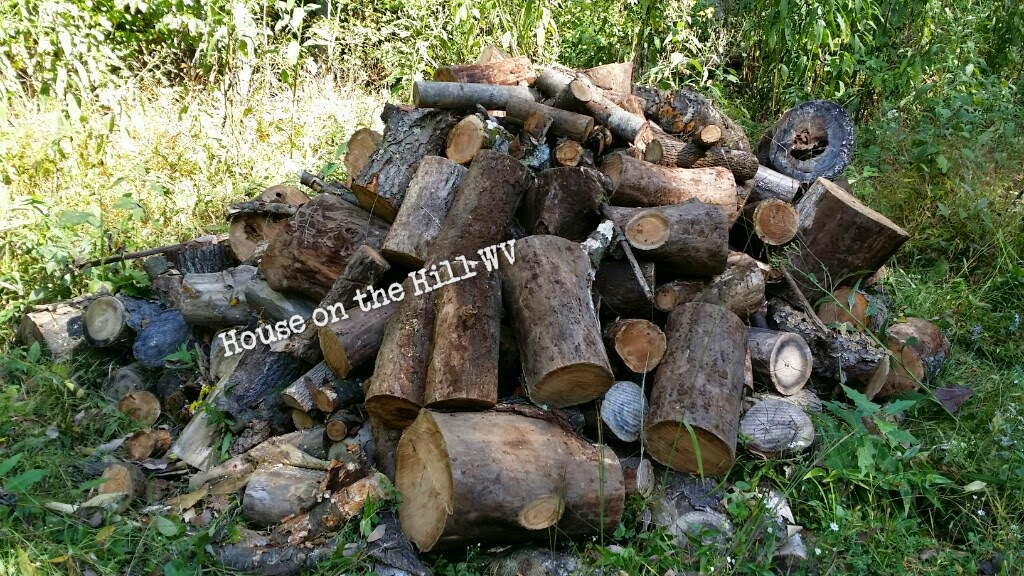 Dan took most of Sunday pulling down a tree that split during the derecho two years ago. From what we can determine using a tree ID book, it's an elm. So, it's a hardwood and it's HEAVY. The kids and I enjoyed watching Dan do his work with the chainsaw and he enjoyed being manly and hooking up a chain to the truck to pull it out.

He's not feeling as manly now...he has a terrible reaction to posion ivy. And he apparently got some on his wrists and then wiped sweat from his brow. Sooooo....his eyes are now all swollen. He looks like he might have been in a fight, sans the black and blue color. Or maybe it happened Sunday night when I COULD NOT get him to wake up when Kole needed him. Nothing like laying with two kids, who want to be wide awake, at 1:40 AM while he was dead to the world. I tried everything, short of telling him the house was on fire. I didn't think that would go over very well....

Anyhow, we are well on our way to getting some wood ready. The big pile is well seasoned wood and the neatly stacked pile is the part of the tree that wasn't dead. So, we have a headstart for next year! 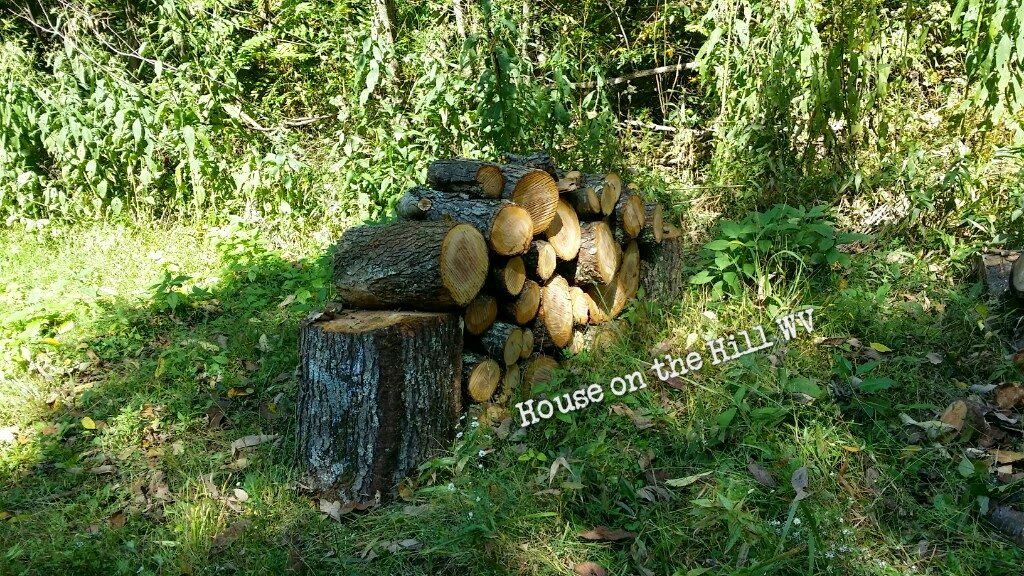 Now, if I can just talk Dan into cleaning the chimney soon rather than waiting until there was ice on the (metal) roof like last year! What preparations have you started for winter?
Posted by Unknown at 7:44 PM