Last year, our garden got totally annihilated by our chickens. It was totally our fault as we didn't have an adequate fence in place. And once those gals got the taste for heirloom tomatoes, they refused to share them. So, we plotted and planned over the winter.

Ever since we bought this property 6 years ago, Dan has had dreams of putting in a small vineyard for making his own wine. He decided that this was the year. As we were talking about the addition, we knew it would need to be fenced as well as the garden. So, to save some labor, he placed the vineyard next to the garden so it could be fenced as one. 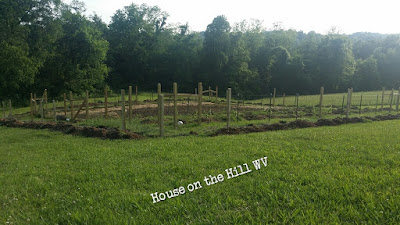 The first layer of fence was installed before we planted the grapes so that the chickens or deer wouldn't just rip them up. As added protection, a second fence is being placed five feet away with an additional buried fence to deter any burrowing rodents. 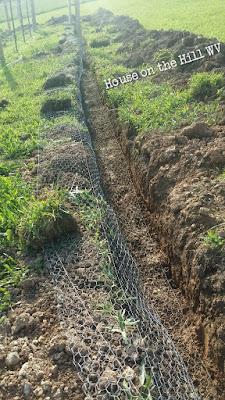 Dan planted 21 grape plants - seven for white wine, seven for red wine, and a mixture of seven for fresh eating, jelly and juice. 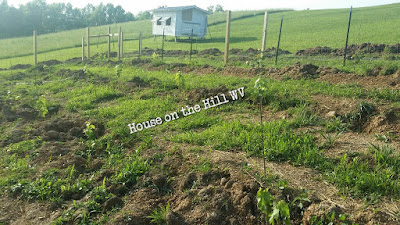 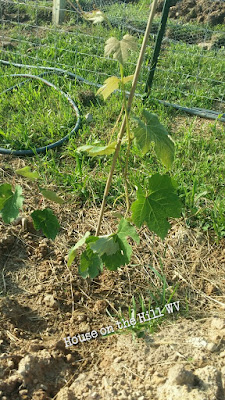 The grapes arrived looking like dead sticks with roots as they were dormant one year plants. Once they were in the ground, they took off. They are looking great! Once the outer fence is up, Dan will build in his trellis system. And hopefully in a year or two, we will be enjoying some delicious grapes!

I've been working with a gardening friend of mine in Vermont on nutrient dense gardening techniques and we've done a lot of work on our soil so far. That's a whole other post, but I'm super excited for the garden this year!

I've gotten most everything planted except for the peppers and tomatoes we started and the okra. The tomatoes are caged and mulched with straw. 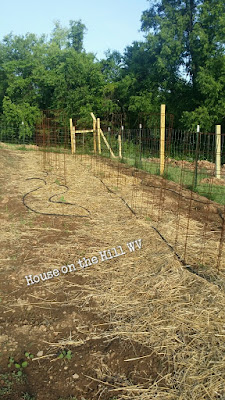 The onions are rocking so far and I've mulched around them as well. 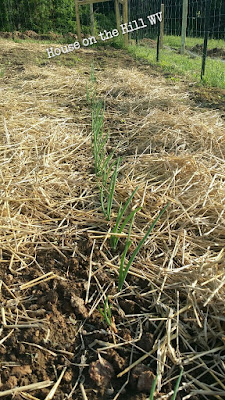 The kids planted sunflowers and I planted zinnias. I'm hopeful for the zinnias - I had some nice ones growing last year before Dan decided to hoe them away... 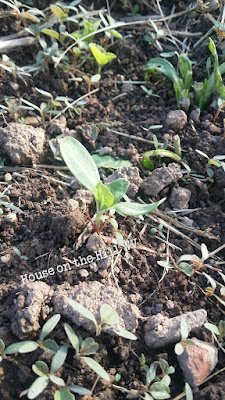 Once all of the seeds are up, I plan to weed well and mulch around everything. Last year, we didn't have any success getting our peppers to germinate. This year, since each of our kids would eat their weight in bell peppers, we were determined to get some started. A heat mat worked wonders and we've had great germination success. The little plants are outside so they will be ready to go in the garden hopefully this weekend. 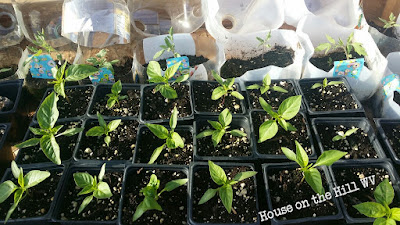 Whew...there's a lot more to talk about, so I'll save it for another post! How is YOUR gardening coming along?
Posted by Unknown at 7:17 PM No comments: