Don't Let Her Fool You 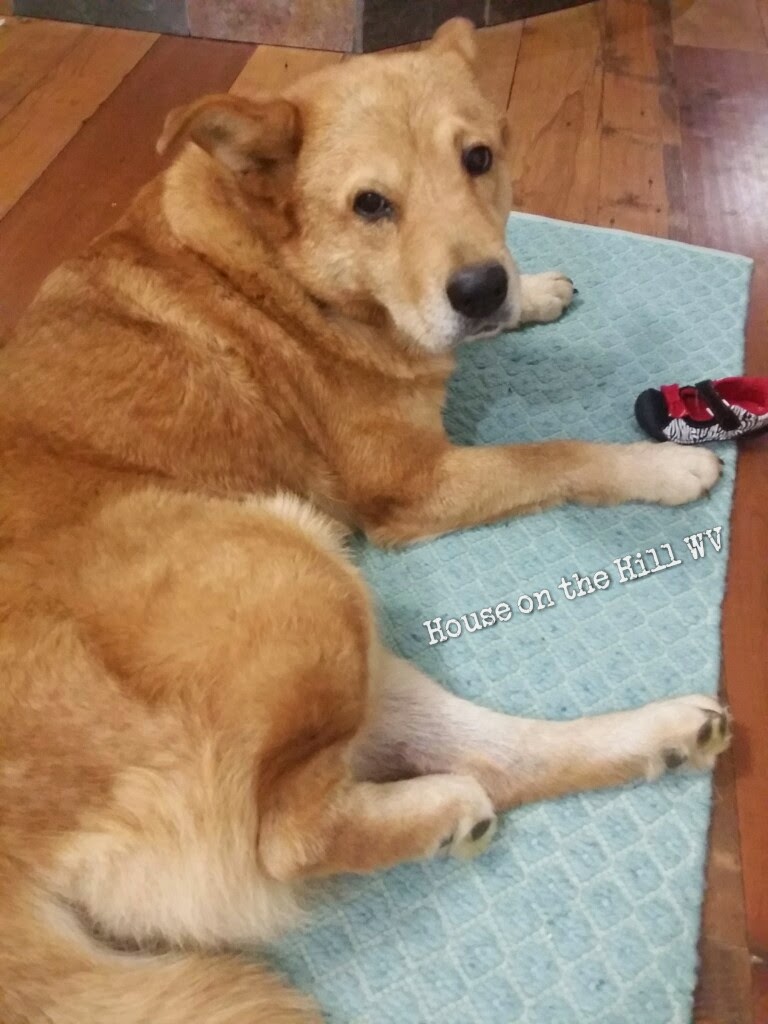 I know, I know - she looks all sweet and innocent, right? Cute dog. Loves the kids. Has adapted and now enjoys being around the chickens.

But....BUT! She likes the chickens a little too much. No, she doesn't harm them. She might harass them here and there, but no chickens have been harmed since she has decided she is fine with cohabiting with them.

Today, little J and I were outside playing. We happened to see Lakelyn messing around under the deck where the chickens have been laying their eggs lately. And then we see it...an egg. In her MOUTH! She's an egg stealer! We caught her red pawed!

We've been seeing a decline in egg production over the last several weeks. We couldn't quite put our finger on why, we just accepted it. But, now it makes sense. There have been days where I've seen Lakelyn going into the coop (we still have some finishing to do on it - like making a chicken sized door!). I just thought she was being a turd. Now I know. There have been days where we get 7 eggs. And although I don't recall for sure, I am going to bet it's been on the days that the dog has decided to stay inside.

So, now we can add egg thief to Lakelyn's list of naughty behaviors. Do you have a dog or other animal that steals eggs?
Posted by Unknown at 8:32 PM

Email ThisBlogThis!Share to TwitterShare to FacebookShare to Pinterest
Labels: Lakelyn