The chicks are growing so fast!  Most have their wing feathers and a lot are working on their tail feathers. We took them outside today to let them peck around under a laundry basket. I heard a commotion and when I went to check, Chief had a little flower in her beak and the others were chasing her. Lakelyn stood guard and didn't bother them.

The bossy chick has been named Tuffy. If anyone has kids that love Berenstain Bears like ours do, you'll recognize the name from one of their books. It seems fitting! In the picture, she is giving me the chick stink eye. 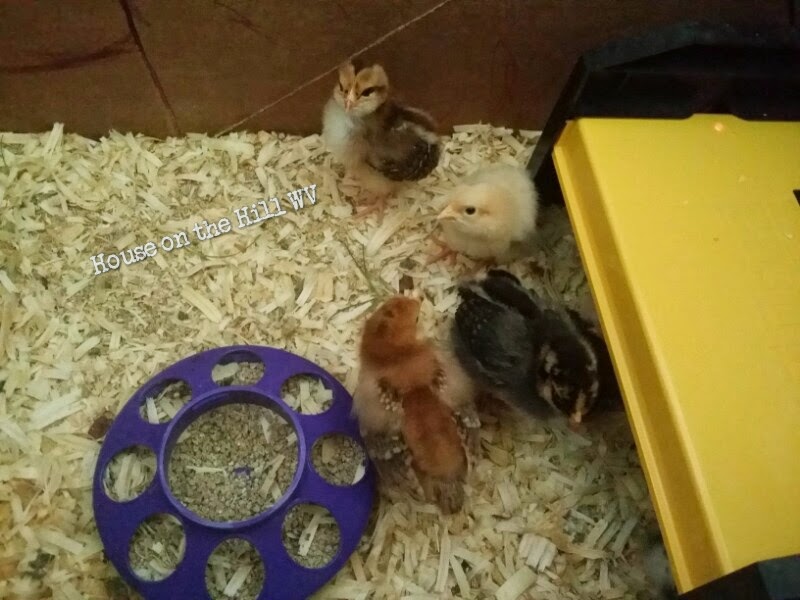