Boy, chicks aren't easy to photograph. But, here's some pictures of some of the new flock at the house on the hill!

Only a few have names, so please leave me some suggestions!

First up is one of the original Buff Orpingtons. Since we have no clue whether it's a he or she, we've dubbed it Chief. When I brought the chicks home from Southern States, Chief got right in their faces and had his head up high. We will hope it becomes our rooster :-) 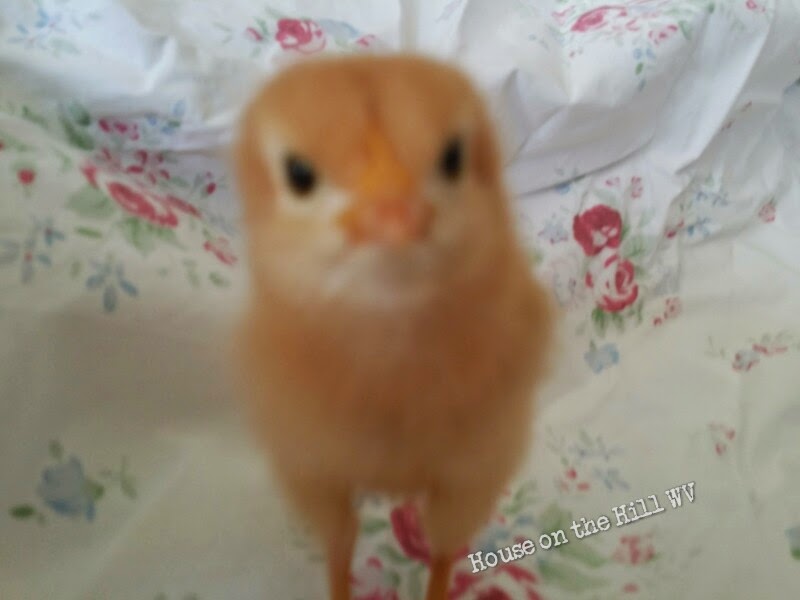 Yes, I know this is terribly out of focus, but I think it's funny! 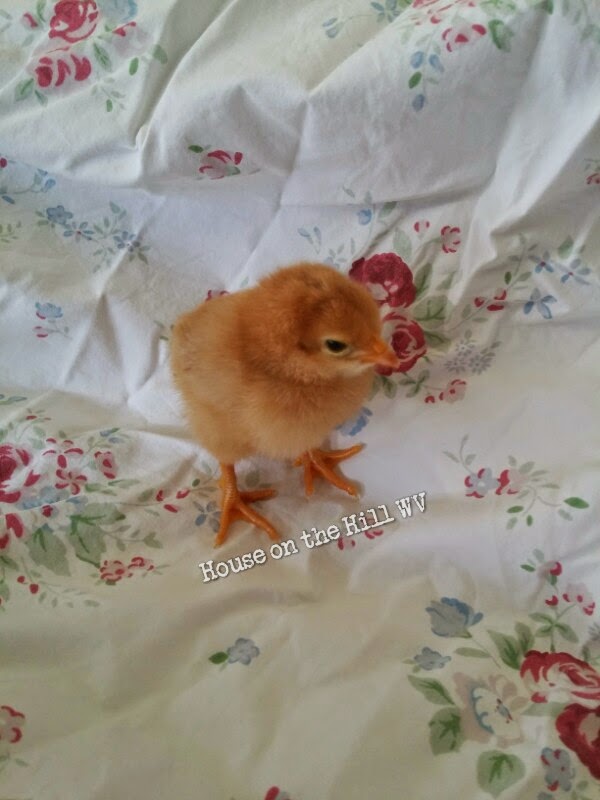 Next up is a red sex link chick from Southern States. She's a bit of a bully and we discovered she has a crooked foot. We've dubbed her "Crooked Foot." 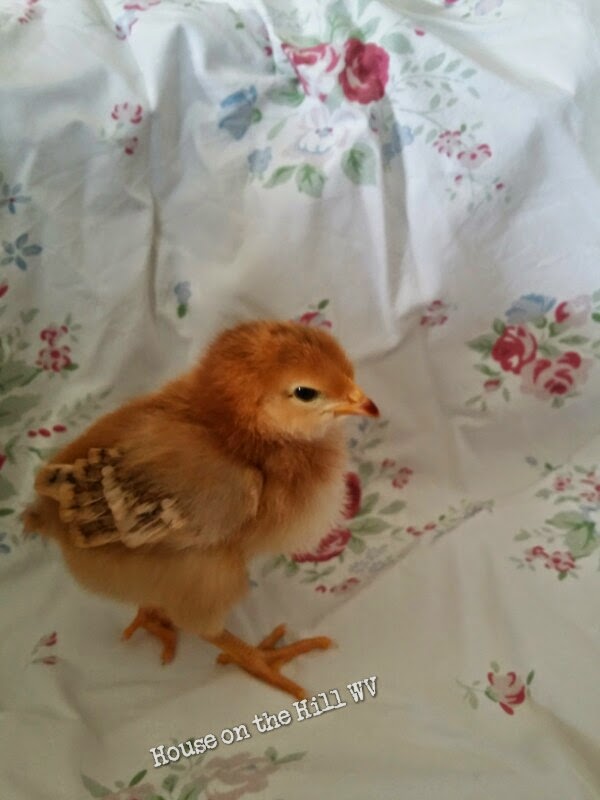 Next up is our Light Brahma. This girl will end up white with some black on her feathers as well as feathered feet. She seems to be the most docile of them all so far. And she didn't like to have her picture taken and promptly pooped on the sheet. 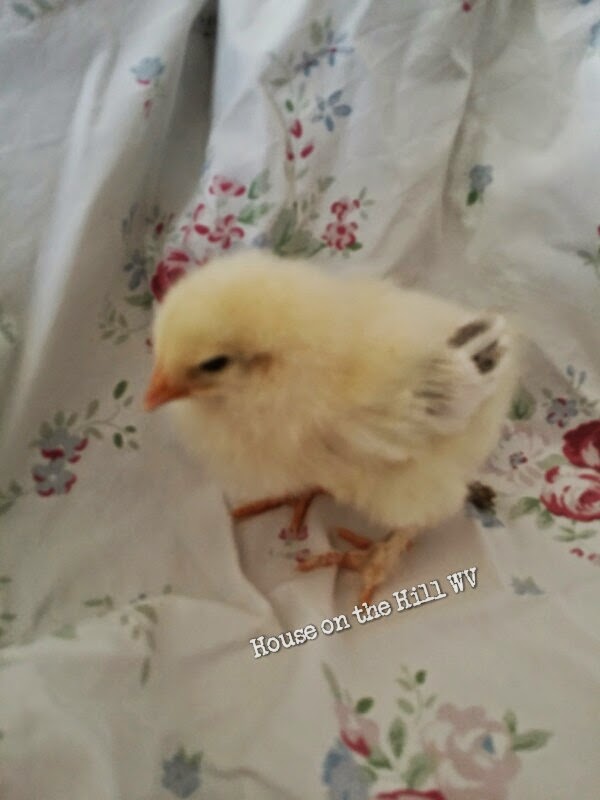 Next up is what I believe is our black Australorp. Since she will be black with a pretty green sheen to her feathers, I've started calling her Ebony. But I am open to anything! 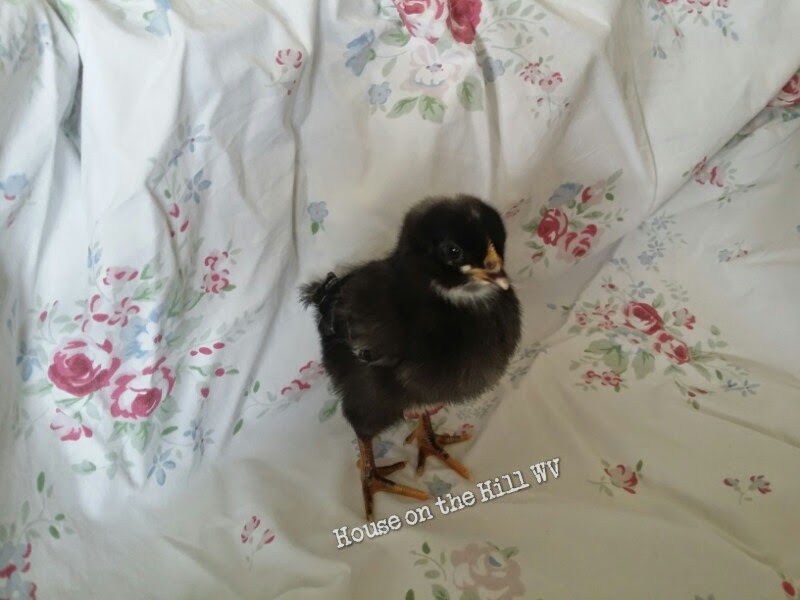 I got another Buff Orpington chick at Southern States, so our flock will have 4 Buffs. 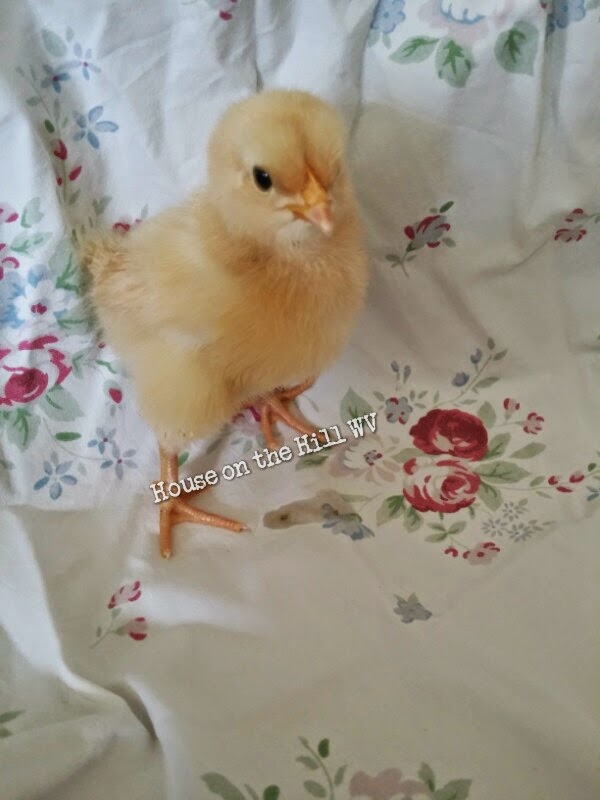 The next three I am not entirely sure of which breed is which. I thought I got a good look at them at Southern States, but am having a hard time now. I *think* that two of these are our Wyandottes, but I'm not sure which is the Speckled Sussex or Barred Rock. 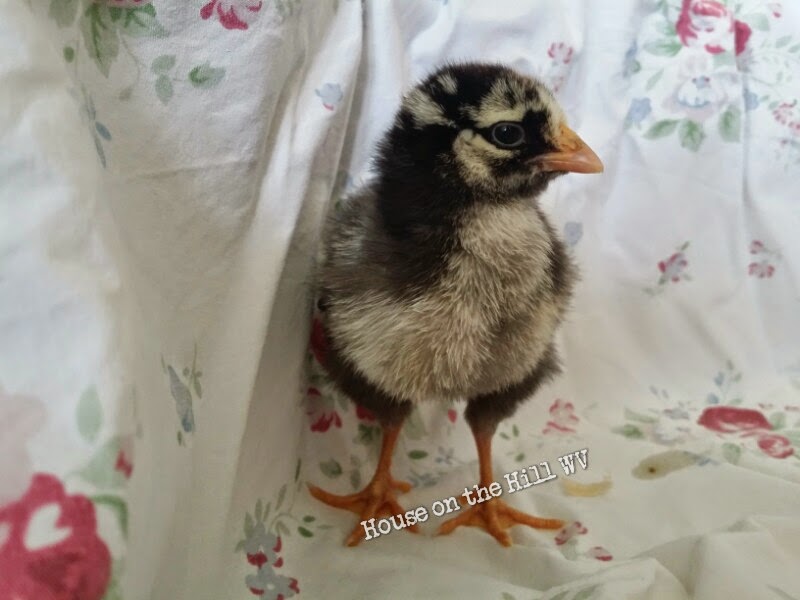 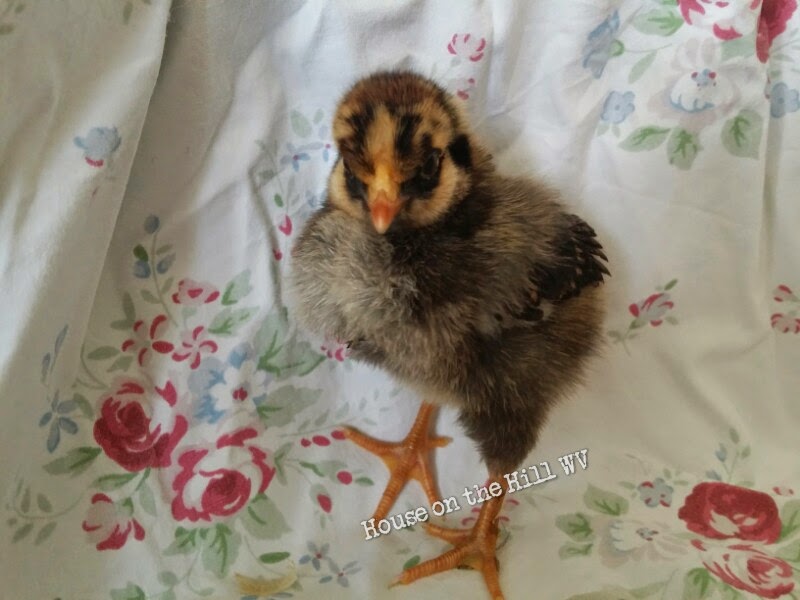 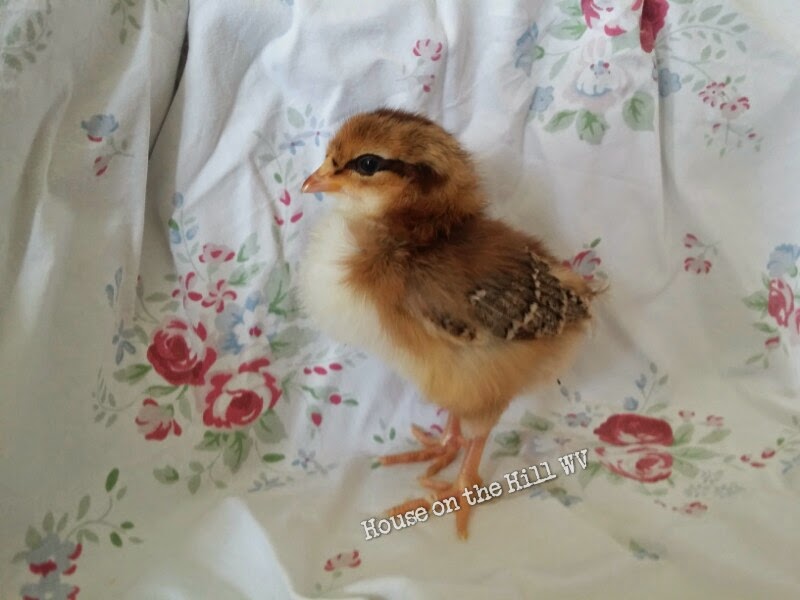 They certainly have pretty faces! Some were a little camera shy and so I will try to get the rest tomorrow.  But for now, throw out some name ideas!