We Are Getting Chickens!

Ever since we bought our land almost 5 years ago, I've dreamed of getting chickens. I requested hatchery catalogs and pored over them like a kid leafing through the Sears Wish Book. It was on our to do list when we first finished our house. An unexpected baby took precedence, so our plans were put on hold. But, this is the spring we will start our flock!

I plan to share every step of the journey here! I hope to share information and experience, both good and bad, so that other people might find inspiration in starting their own flock. I'll begin today with how we chose our chickens.

As with anything we do, we like to read as much as we can before jumping in. There are a myriad of chicken books out there, but here are the ones we have for reference: 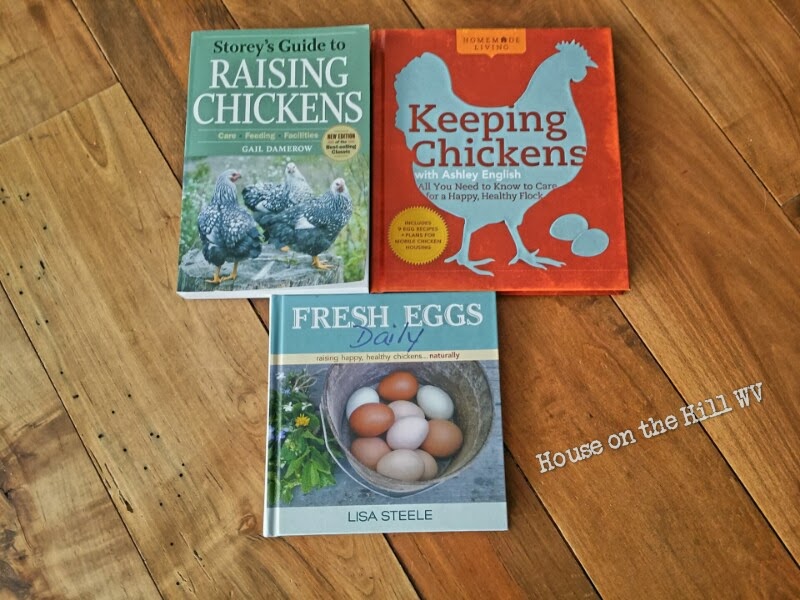 I'm also currently reading Chick Days by Jenna Woginrich. If you don't read Jenna's blog, you should check it out!

One of the first decisions we had to make was what breed of chicken we wanted. We had one major requirement and it was that they be docile. With two young kids, we won't tolerate any aggressive animals. The other things we "wanted" in our flock was bigger hens, cold hardy, and an acceptable laying rate. The breed that stood out to us was the Buff Orpington.

From what I've read, the orpington is a docile breed and quite suitable to be around young children. I even read one woman's story of her young son pushing her rooster around in his Tonka truck. I happen to know a little boy who would be in hog heaven if that happened!

Once we decided on breed, it was a matter of deciding where to get them.  There are a ton of hatchery choices. A homesteading board I frequent suggested finding a local farmer who hatches out chicks to keep it local. And some have suggested that hatcheries as much like factory farms. That is something we want to avoid and as with the majority of our choices when it comes to our food, we want to keep it local.

We lucked out in finding a farmer at our local Farmers Market who raises Buff Orpingtons. We requested 20 chicks earlier this winter. When I went to the winter market yesterday, she said that we could get chicks as early as March 9. We decided to wait until her next hatch date in early April. Dan is somewhat disappointed we didn't go with a hatchery simply because he wanted to get a call from the post office saying our chicks were in. Then he could say he went to the post office to pick up chicks .... Hardee har har.

We fared well in the storm!  Still have power and while we did get some snow, it was nothing record breaking. Temperatures in the 40s this week should help melt it off quickly. And tonight I'm testing out some of our heirloom beans in some soft tacos. If they work out, I'll share the recipe tomorrow!