So, I'm a little more than a month away from my birthday. Last year on my birthday, my mother in law gifted me a rigid heddle lap loom. The loom was handcrafted by a couple in MI, I believe, and is really quite gorgeous. The thought and care they put into making the loom and also the details that come with it are pretty top notch. 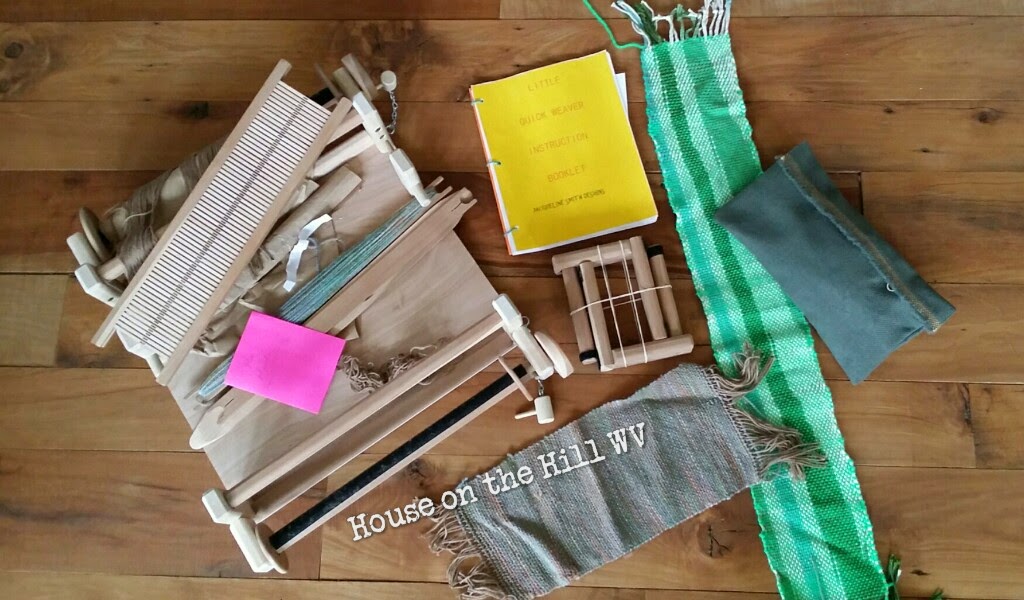 And so, I've had it almost a year. And I've only made 2 things with it. The scarf/table runner that it was warped to make and another small placemat. When my mother in law was in visiting over the summer, we attempted to warp it. It worked ok...but, warping is most definitely the hardest part of weaving! We warped it with cotton and the weft yarn was some beautiful hand dyed local yarn. 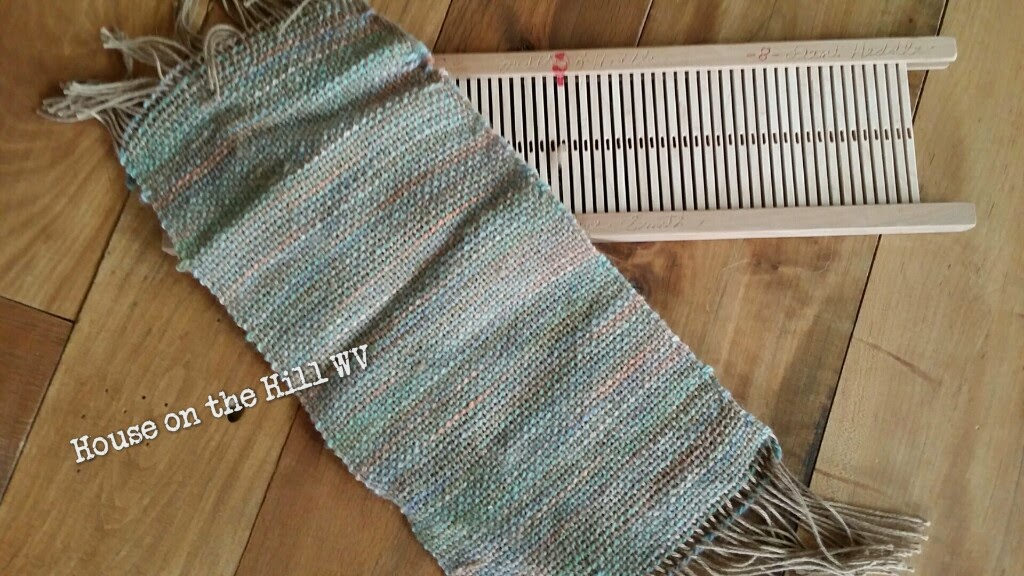 Things were going well, until we noticed that the heddle had a little snag in it. It was wearing down one of my warp pieces until it finally broke. We tried to knot it back together, but it wouldn't hold. So, instead of a scarf, I have a small table mat. That's ok!

We sanded the whole heddle to smooth out any bumps. I have an eight dent rigid heddle, which is suited to use worsted weight yarns. And I haven't attempted to warp it since. But! The cold weather is certainly starting to set in and what better time to start! 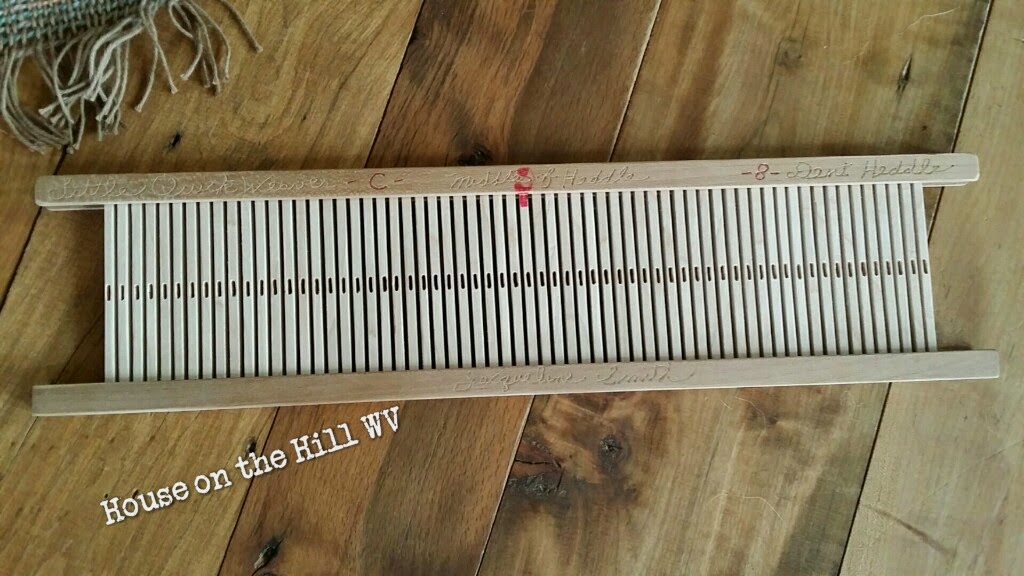 There are so many things I could make, the possibilities are endless. What about you - do you weave? Do you have any tips for a newbie like myself?
Posted by Unknown at 12:41 PM